Croft Farm is fortunate to have a number of extant outbuildings on the property including the only octagonal icehouse in Camden County. All three outbuildings were utilized by several generations of the Evans Family, owners of the property for more than a century. The unique structures reflect the importance of the preservation and preparation of food for the early American farming family. 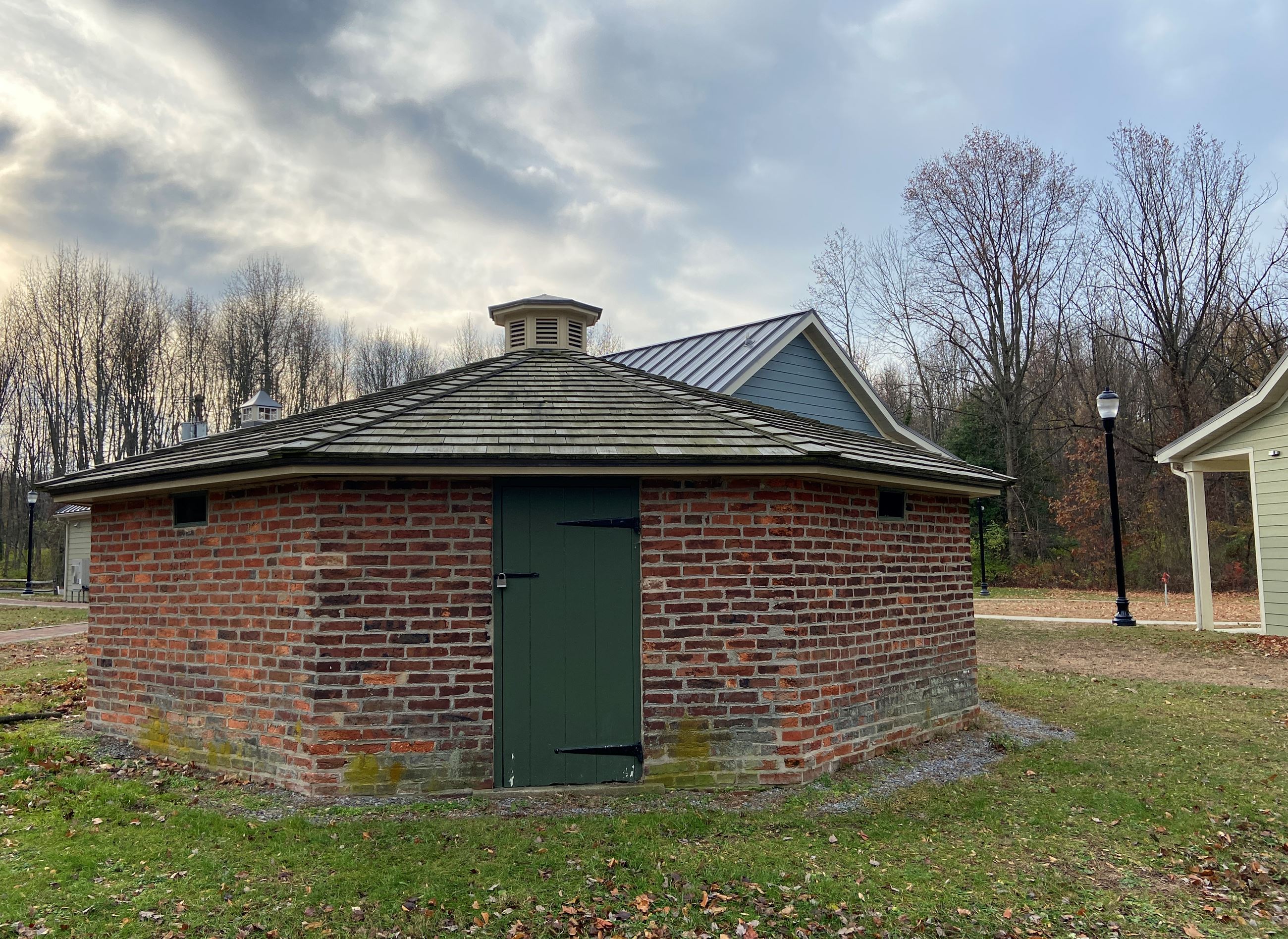 Much like its name suggests, an icehouse was designed to store ice for months at a time. Blocks of ice cut from the adjacent pond in winter were stacked on the dirt floor, which lies three feet below ground level. Straw and sawdust were packed around the ice to prevent melting. The large overhanging roof and openings just below the roofline provided shade and ventilation. Stored properly, ice could last through the following fall or winter. 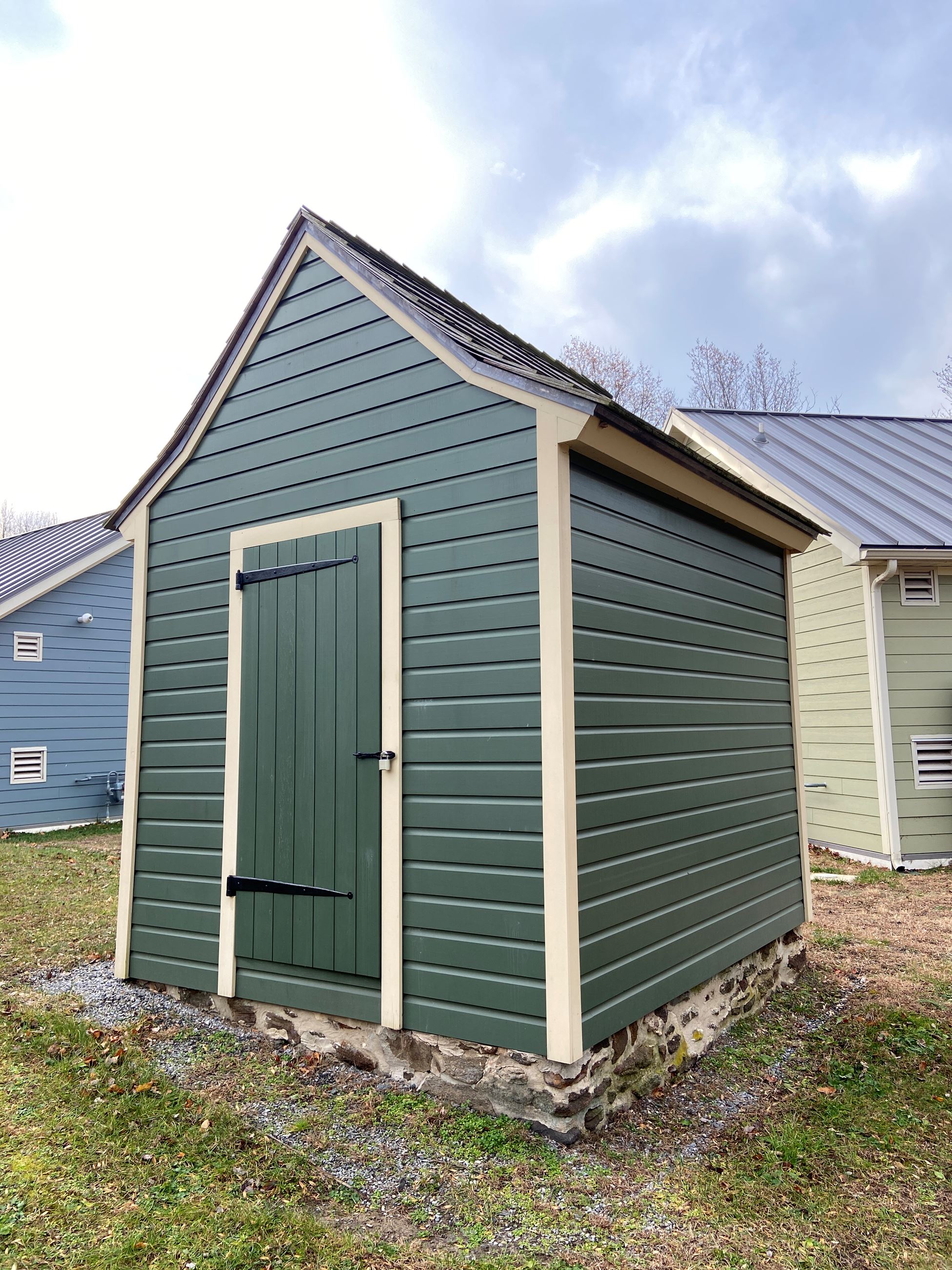 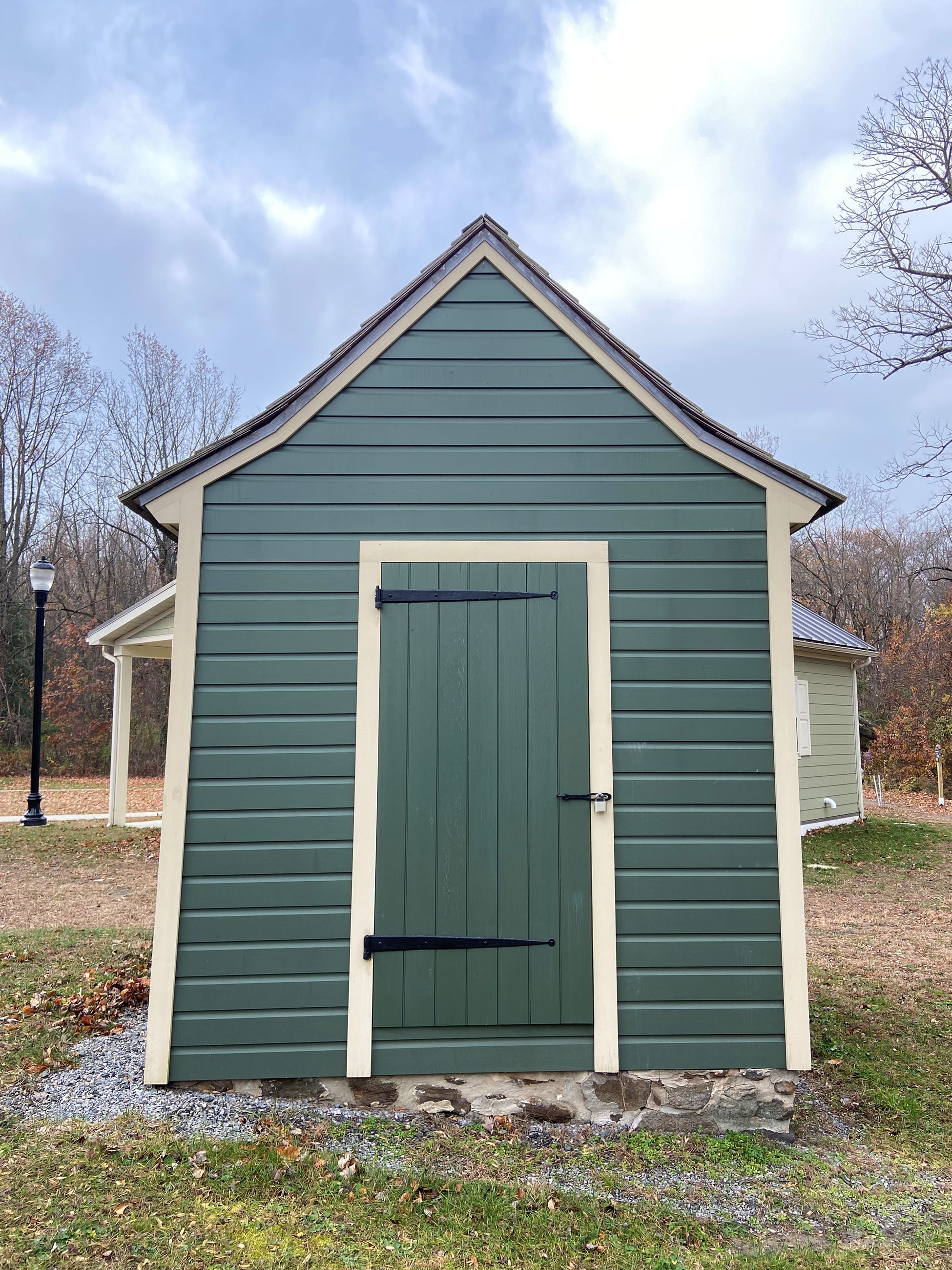 The smokehouse at Croft Farm was used to cure and smoke meat prior to the winter months. The meat was salted to draw out the moisture and then smoked to seal it from rotting. The meat was hung on iron hooks as far from the fire pit as possible, since it was the smoke, not the heat, that accomplished the curing. For that reason, a smokehouse was typically built without a chimney or windows. Smoked meat could be stored for months without risk of spoiling.

The springhouse served as the "refrigerator" for the Evans Family at Croft Farm. Generally, the best-designed farms included a springhouse, a small building used for the storage of food that would otherwise spoil, such as dairy products, eggs, or meat. By locating the structure over a localized spring, the constant flow of water provided a cool temperature inside the structure year-round. Food supplies were stored in jugs and crocks and placed directly in the water on the floor of the springhouse, as illustrated below, or hung from hooks above.

In the mid-Atlantic region, the springhouse was typically a two-story structure; the upper room was often used as a workspace or for additional storage of canned and preserved foods. Stone and mortar construction was typical for a springhouse, as stone retained cool temperatures better than wood.