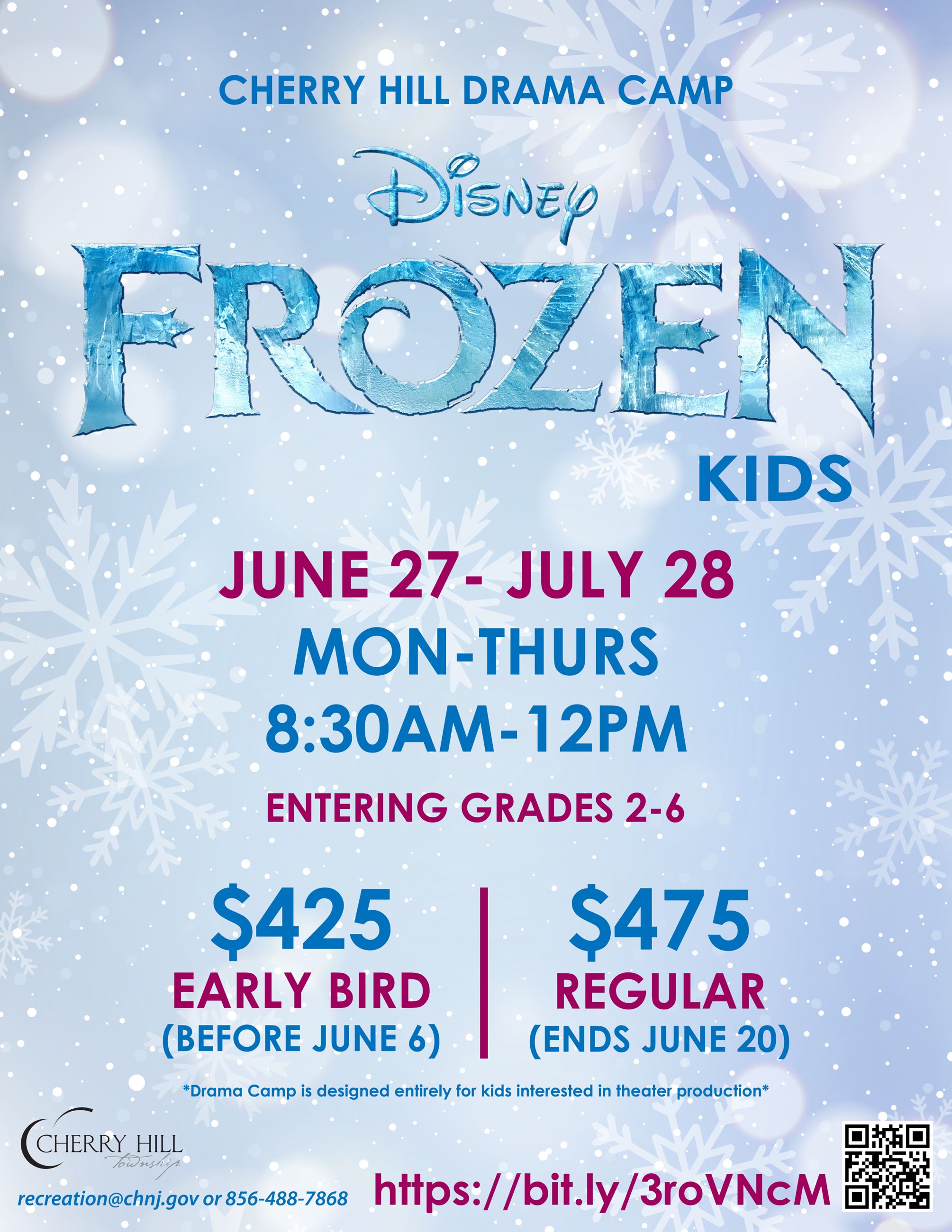 REGISTRATION IS OPEN ON MONDAY, APRIL 18

In Cherry Hill’s Summer Drama Camp, children going into second grade up to those starting middle school in September can participate and learn about one of America’s largest and most influential contributions to Theater: the Musical.  Campers will have fun while discovering the dedication, work, and thrill that go into putting on a production as they learn about every aspect of theater while making new friends. The camp is offered Monday through Thursday for approximately six weeks at the beginning of the Summer, with all of the campers performing in the half-hour musical for their family and friends. Due to the limited rehearsal schedule, any campers who are absent for the entire first week of camp or the entire last week of camp, will not be considered for speaking roles.

A completed medical form is required before the program begins but not at the time of registration.